Natures Dance is a painting that I have painted with oil on a canvas in 2005. The dimensions are 70 x 90 cm. Do you like my art? Then take a look at more of my artworks on my profile page.

SaveRemove
Save
Request price
The price of this artwork is not publicly visible. Please write us to request its price.
WhatsApp
Message
Offer
5% for charity
If you buy this artwork, 5% of our profits will go to charities that support people from socially marginalized groups. Read more about our cheritable partner organisations. 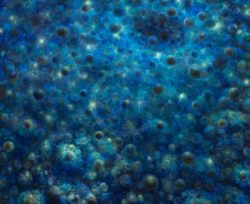 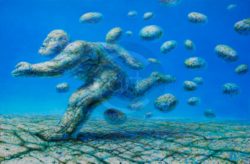 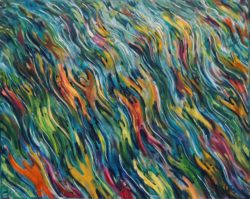 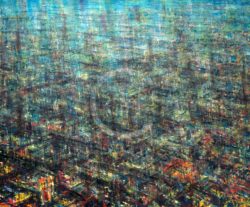 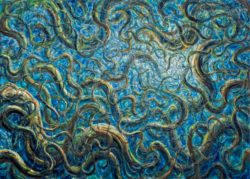 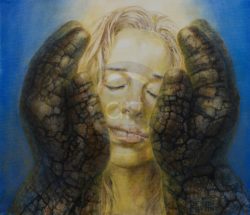 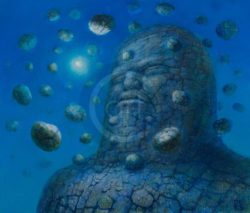 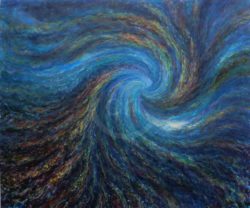 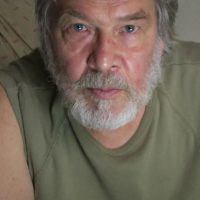 De Es lived three years in Switzerland and twelve years in New York City. He resides and works again in Vienna since 1986. Numerous shows and publications. The artist considers himself to be a seeker, who shows what he has found through “the language of the images”. His message of “meaning and transformation” finds clear and intense expression in his paintings through a precise use of space, light and texture. Schwertbergers themes evolve continously, thus reflecting the rapid transformations of the human „self-image“. His early „phantastic-realistic“ paintings ponder the human condition. The following STONE-PERIOD culminated in the monumental Triptych VISION ONE (1977) which became the blueprint for the painted PLANETARIAN Sculptures and the foundation-stone for the „Planetary Art Project DOME OF PEACE“. The process of painting the Planetarian Sculptures lead De Es to a new dynamic style : ARCHETEXTURES, LIVING SPACES and ENERGY FLOWS expanded the scope of his visions. In 2015 De Es picked up the themes of the Stoneperiod again.
1942 in Gresten, Austria

Go to the artist page of De Es Schwertberger