Fields 2 is a painting that I have painted with oil on a canvas in 2017. The dimensions are 140 x 100 cm. Do you like my art? Then take a look at more of my artworks on my profile page.

SaveRemove
Save
Price
€2,700.00
This artwork can not be bought directly in the online shop. Please write us to request its availability.
WhatsApp
Message
Offer
5% for charity
If you buy this artwork, 5% of our profits will go to charities that support people from socially marginalized groups. Read more about our cheritable partner organisations.
Popular 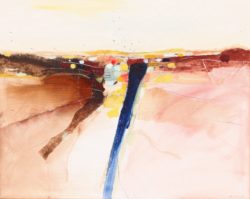 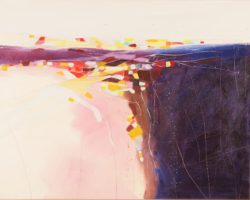 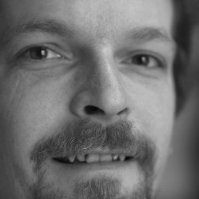 Savio Verra is a painter and sculptor to the core. Every free minute he spends in his gallery in Lower Austria. The man, blessed with many talents, noticed early that he has one special ability which distinguished him from his friends. He had the quality to fascinate the people around him with his art. For this reason, he decided to enlarge his art appreciation at the reknowned Austrian University “Akademie der Bildenden Künste”. During his four years of study he became taught by two of the most famous artists in the world. The first one was Anton Lehmden and the second Josef Mikl. Thanks to these extraordinary personalities Savio Verra matured to one of the most fascinating artists in Austria. Our team especially appreciates his abstract paintings with their overwhelming presence. It is a great honour for us to have the unique possibility to sell artworks of Savio Verra as we know how much passion he has for his artworks and how many art dealers envy our team for the opportunity to work with him.

Go to the artist page of Savio Verra.