Soft Touch is a painting that I have painted with oil on a canvas in 2016. The dimensions are 80 x 60 cm. Do you like my art? Then take a look at more of my artworks on my profile page.

Price
€1,700.00
SaveRemove
Save
Message
Livechat
Sent
5% for charity
If you buy this artwork, 5% of our profits will go to charities that support people from socially marginalized groups. Read more about our cheritable partner organisations. 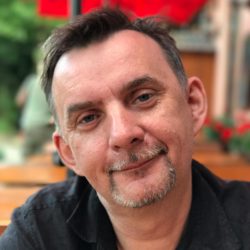 Sergey Sovkov was born on the 25th of April 1972 in Khyschtym (USSR). During his school time as he started sketching attractive classmates he discovered his love for painting. In his later adolescence, without the knowledge of his parents and in addition to regular school, Sergey enrolled in an art school. Due to lack of time, he was unable to complete it. After completion of the A-levels Sergey extended his abilities in the study of art education at the famous Togliatti university from which he graduated in 1997. In addition to working on his own artworks, which he showed in several exhibitions a year, he taught at the same university painting and drawing, first as an assistant and later as a lecturer. After a total of 17 years of teaching, Sergey decided to go into self-employment, with the advantage of being able to concentrate fully on the creation of his works. Inspired and trained in realism and expressionism, he creates scenes from the lives of young men, colorful still lifes, portraits and nudes. Shortly after graduation, Sergey developed his incomparable, individual style of painting, which soon spreads through all his works: “Di Vetro” – in English “From Glas”. Sergey’s creations have become enriched and extended through his relationship and collaboration with Erwin Sovkov, a eurythmist and photographer. The couple is married since 2016 and lives in Vienna. You will learn and see more about the particularity and the resulted works of this connection at the artist section “Sergey and Erwin Sovkov”.

Go to the artist page of Sergey Sovkov 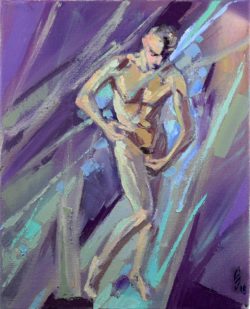 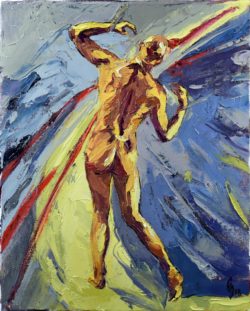 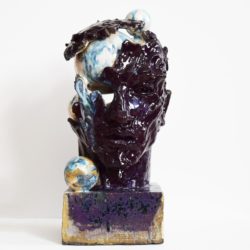 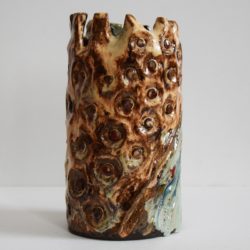 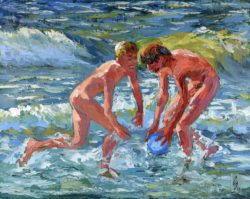 In the oncoming Waves
Expand 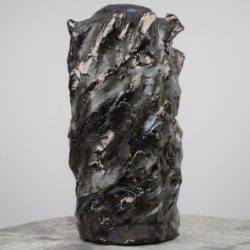 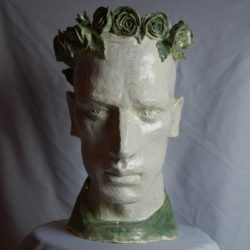 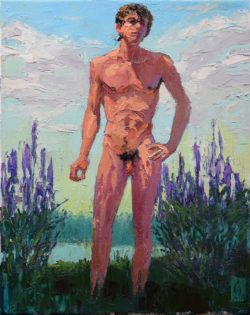 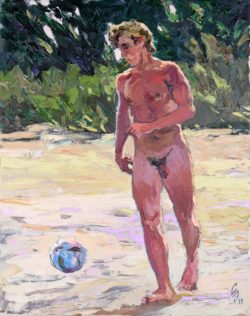 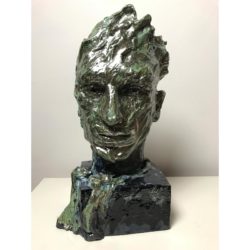