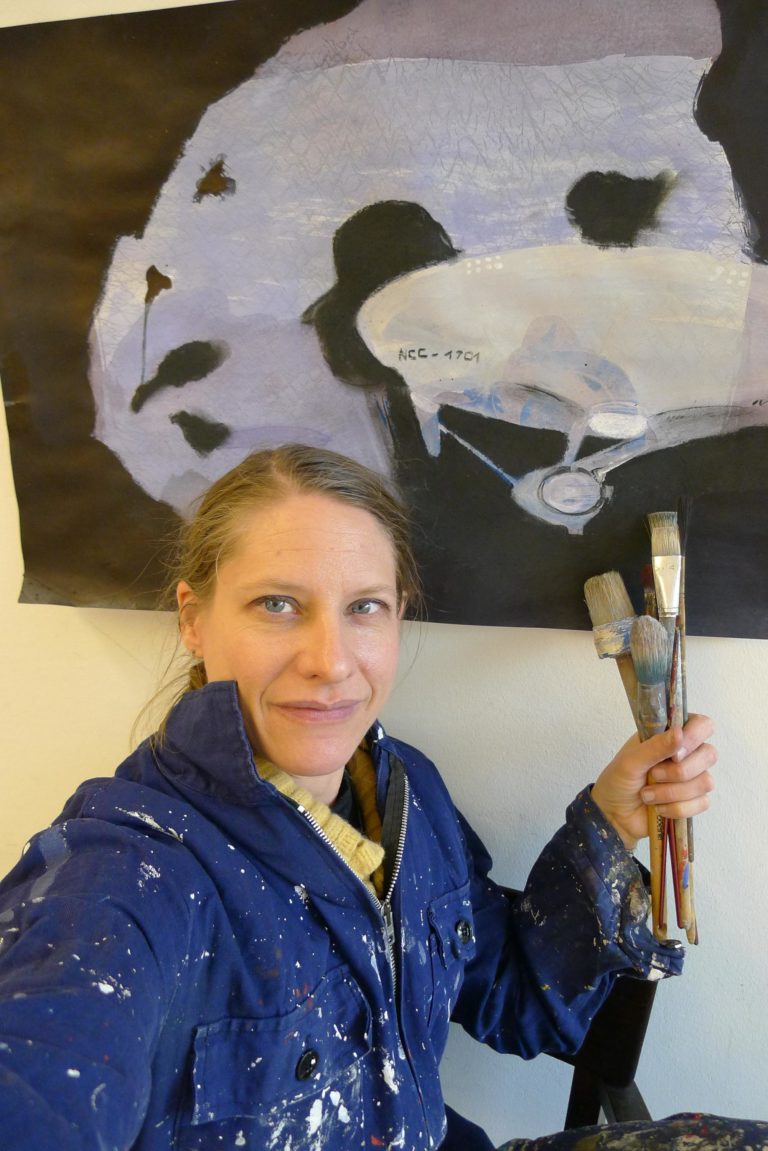 I just never stopped painting - with childlike pleasure I lock myself in my studio and sink into my own world. Apart from painting, I am concerned with drawing, printing, video and also statuary art. As a critical person, I like to express myself through art and thus try to shape the world a bit.

In her current work, Anne Suttner explores human images. She is not concerned with depicting people as accurately as possible, but capturing their charisma and interaction. This also has a special significance in the portraits, in which the direct view remains provocatively directed at the observer.

Her pictures are food and a link between dream and reality, whereby the boundary between these areas has to be found individually and newly in every single work. In the sense of a gaping abyss between inner experience and external experience lies the motivation to bridge it.

The color has a psychological function, pastel crayon, ink and acrylic are the medium of her choice.

The body serves as a projection surface for representations of identity and can be staged differently at any time. Influenced by an omnipresent world of media, it is exciting to look behind the scenes, which we unconsciously reproduce.

In her work, Anne Suttner was influenced by art of people with disabilities, unmatched in their direct, powerful expression. But Pierre Bonnard and Peter Doig are also among those artists who left a lasting impression on her artistic development.