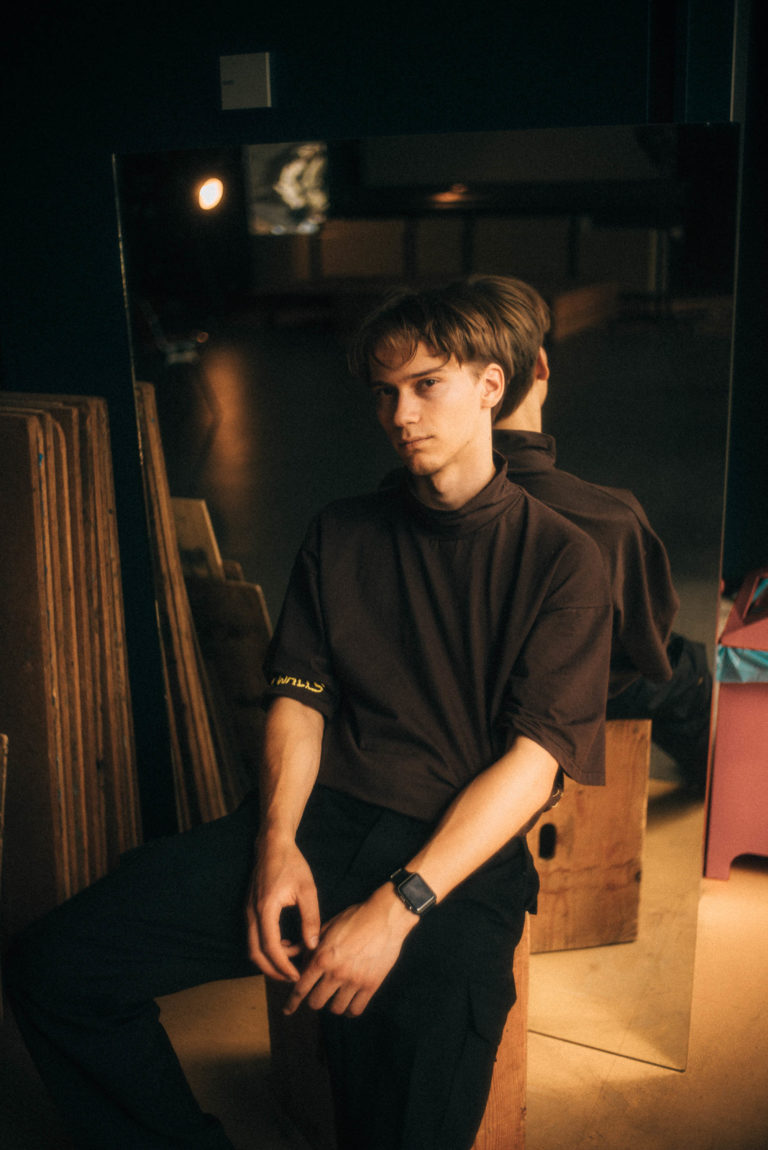 Daniel Leiter is a 19-year-old artist from Thurn / East Tyrol, who committed himself at the age of ten to his great passion – the art.

He celebrated his exhibition debut in 2014 at the age of 15. With 16 years, he was the youngest participant of the Liebburg Advent calendar in Lienz since its existence. In addition, he was the youngest participant in the 2017 “Helfen und Freude” joint exhibition in the Gallery of the Hofburg in Innsbruck, already held a cultural evening in Vienna and exhibited numerous times in East Tyrol. Daniel is the recipient of the TalentScout Prize 2015 and is constantly supporting social projects that enable him to help the ones in need with his art.

His pictures are in private and public ownership in East Tyrol, North Tyrol, Vienna, Vorarlberg, Styria and the Netherlands.

The figurative paintings, which spring from the pure imagination, are often devoted to socio-critical themes that are intended to induce the beholder to think after, perhaps even rethink.

His entire ambition it to create international exhibitions – his undoubtedly greatest goal.